Thank you for all your entries – this competition is now closed. We will be announcing the winner soon!

Last week we told you about some of our favourite Father’s Day jewellery gift ideas from our friends at Guilty Bangles. From striking silver bangles to gorgeous chains and sterling silver cufflinks, Guilty Bangles’ men’s range has plenty of enticing options – whether you’re looking for a gift for one of the important guys in your life, or fancy adding a touch of class to your own workplace or night-on-the-town style.

And don’t worry – though it’s Father’s Day this coming Sunday (20 June), Guilty Bangles offers free special delivery on all UK orders, so you’ve got still got time to pick out something lovely for Dad!

As we mentioned last week, one of our favourite pieces has to be Guilty Bangles’ Tokyo red and black cufflinks (£43.99), which feature jet black onyx stones and polished sterling silver stripes, finished off with a bold coral-red stripe right down the middle.

Now, as promised, one lucky Fashion & Style Directory reader in the UK can win a pair of those Tokyo cufflinks for themselves, thanks to Jo and her team at Guilty Bangles.

To have a chance of winning, you just need to enter our prize draw via Facebook or Twitter no later than 23:59 on Friday 24 June 2016, by doing one of the following:

If you do both the Facebook and Twitter actions, we’ll enter you into the draw twice, but we can only accept one entry per person via each social network.

If you’re already fans of us or Guilty Bangles on social media, that’s not a problem – just do the retweet, or the comment, and we’ll enter you into the competition alongside all our new followers!

Best of luck, everyone!

Ts&Cs: This prize draw is open to UK residents who enter via Twitter and/or Facebook using the instructions given, between 13 and 24 June 2016 inclusive.

The prize consists of a pair of Tokyo red and black sterling silver cufflinks from Guilty Bangles, worth £43.99. In the event that the advertised prize is unavailable, an alternative of equivalent or greater value will be offered.

The prize will be awarded to the first eligible entry drawn at random from all qualifying entries after 24 June 2016. The prize winner will be announced and notified on Twitter and Facebook; the winner will then need to message us their contact details so that we can put them in touch with Guilty Bangles, who will then send out the prize.

By entering this prize draw you are deemed to have accepted the terms above. Promoter: CannySites.com, Gateshead, NE8 2BS.

For more competitions (not just ours!), check out our friends at ThePrizeFinder.com and Loquax. 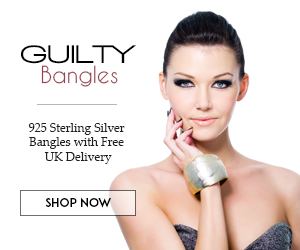 Avant Skincare is a sustainable cruelty-free brand that embraces a "Skincare-to-Share" approach, and includes more than 80 products.